My latest piece in the AWESOME benefit that the Krakow Gallery has every year for two AIDS charities. Here is the link to the Krakow benefit. 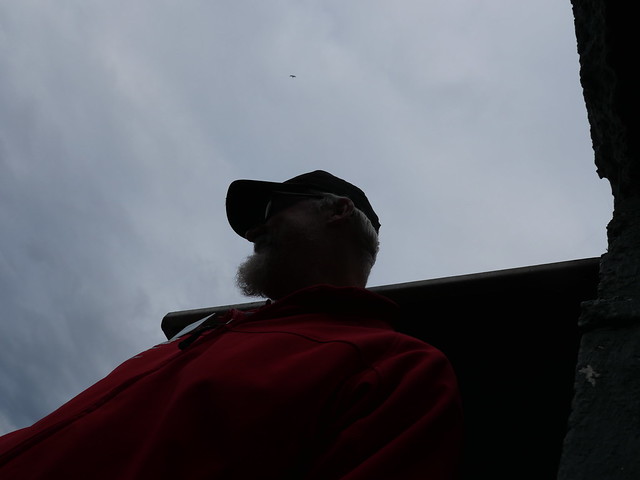 It’s about time I add what I have been up to! Over the past couple of years, I have been the chair of the Visual and Media Arts Department at Emerson…it’s a large department with over 1800 students and 50 F/T faculty. But that doesn’t mean I’ve stopped making art.

The following album is the first in a series of series (if that makes sense) of street photos in different locations of people made to look like monuments. More to come! 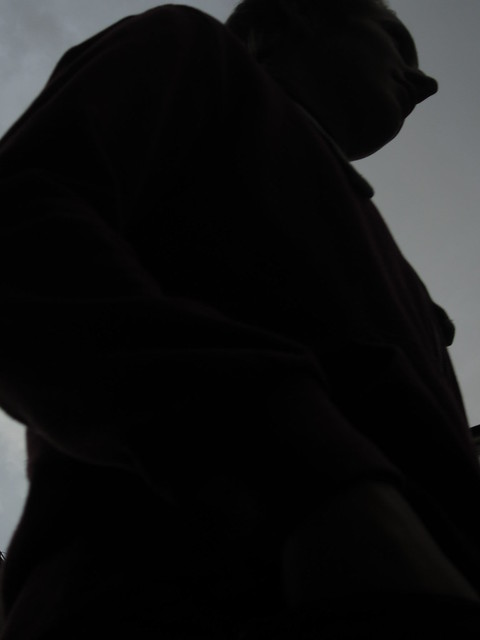 I just had a very nice review of some pieces from my Video/Still series in a web-based magazine call LandEscapes. The review is here:

My exhibition is highlighted on Daemen College’s site here.

And a nice word from the Buffalo News here.

More to come soon, I’m sure. The result of a year-long investigation of the landscape in western New York State, my exhibition Context + Marker openend on October 6th, 2012 at Daemen College. It was the inaugural show in the College’s new, $5.4 million Visual and Performing Arts Center, located in the heart of the campus. I was honored by the opportunity to open such a wonderful space, and to have received a residency there.

You can see the set of installation views on Flickr here.

The Falls series of photographs is a look at Niagara Falls as one might not normally see it. Using the technology of the camera frame, the images make an icon — the Falls — less familiar and more abstract.

The set can be seen here 100 Birds is a meditation on the nature of birds. While investigating the landscape of the area around Buffalo, NY, I began to wonder about how birds can be detached from that ground.

You can see the entire set here

With a nod to Joseph Kosuth, One and Three Waters investigates the meanings of the three physical forms of water.

One and Three Waters from Brooke A. Knight on Vimeo.

The idea of something being out of focus is a byproduct of a monocular, technical vision. The lens allows us to “focus” on what’s out of focus. This suite of videos is from Western New York State.

Nearsighted I-V from Brooke A. Knight on Vimeo. Cell Tagging: Raleigh is a mobile, augmented reality (AR) artwork that allows the viewer/user to draw on her/his mobile device, and then see that drawing through an AR browser in the physical location where it was drawn. Other users can also see the image. In this way, you can “tag” the space around you.

Requires iPhone 3G or later, iPad 2 with 3G/4G or higher. The Video/Still (2011) series employs high-definition videos that look like still images. Recent technology has blurred the distinction between the equipment used to capture video and still imagery, and the best digital SLRs are also among the best HD video cameras. This series considers the shifting relationship we have with digital imagery, and looks at our perception of time in its multiple modes: photographic time, video time, the time of day, and even geologic time. While everything looks completely still, like a landscape painting of yesteryear, in fact everything moves, each within its own time.

Video/Still: Mohawk Pool from Brooke A. Knight on Vimeo.

Video/Still: Letchworth Woods from Brooke A. Knight on Vimeo.

Video/Still: Genesee River from Brooke A. Knight on Vimeo.

Video/Still: Great Salt Lake from Brooke A. Knight on Vimeo.

Video/Still: Double Arch from Brooke A. Knight on Vimeo. The Landscape (2009) investigates how we choose to depict the world around us by using Creative Commons-licensed images tagged as ‘landscape’ from Flickr. The images are super-imposed on one another, very slowly shifting from one composite to the next. In some ways, all landscapes are the same – sky, horizon, and ground. We, as the viewers, create the landscape as we look at it.

The Landscape from Brooke A. Knight on Vimeo.

For the Excerpts series (2009-2011), I consciously made appealing landscape pictures. Then, like any good photographer, I cropped them to create the best, most dynamic image I could. But I am more interested in what has been cropped out than I am in what was left in.  We expect to see the mountains, the sunsets, the falls; we can picture them in our minds. This series is about absence, the ‘plucking out’ of the prime elements of the original image

Up/Down (2005) is a series of diptychs based on the confluenece of latitude and longitude minutes in Boston, which form a nice rectangle around downtown. Precise points were determined by a handheld GPS receiver. The top image is of the sky above that point; the bottom is a rubbing of the ground. What are these arbitrary points marked on the globe? How do we interface with them? Environment is Text-Rich: Framingham (2006) was a live video installation at the Danforth Museum in Framingham, Massachusetts. Projected onto one wall of the gallery space was a live video image of downtown Framingham, showing people in their cars and walking as they went about their everyday lives. However, the image was not static – the camera moved up and down in an awkward dance.

Upon first watching the archived video, the motion seems to be random. If one looks closer, patterns emerge. The robotic camera is panning and tilting to spell out letters; those letters form words; those words tell of a little known part of Framingham history.

Every Environment is Text-Rich: Framingham from Brooke A. Knight on Vimeo. Every Environment is Text-Rich #4 (2003) is an interactive, web-based artwork that takes images from around the World and presents them in one frame. Viewers determine which images they would like to see layered on top of one another, but can only do so by their verbal description. They have no way of knowing what the images will look like, as the sources are live webcams, dependent on weather conditions and the time of day. Some cams change their positions, so even a selection of the same sources in quick succession may not lead to a similar combined image. The work allows the viewer to see the whole world at once, live. An Hour of Your Time (2003) is a collection of 3600 suggestions about how to use your time rather than watching the piece. The suggestions come at a frantic pace, one per second, that pass by faster than you can read. I became interested in how we ‘spend’ our time, specifically viewing art as leisure time.

Command-Control (2002) combined my interest in both webcams and our notions of labor. Determining the exchange value of actions done – none of which has a product beyond the video of the action – brings into question how we engage in ‘work’ in a scopophilic society. The video below is from a performance during the 2002 College Art Associaton Conference.

Command-Control from Brooke A. Knight on Vimeo.

Rather than literally write on to an environment (as in EEITR1), I decided to use the motion of the camera as the vehicle for ecriture for Every Environment is Text-Rich #2 (2000); in other words, using a hand-held video camera as a kind of pen, I ‘wrote’ the words ‘Every Envirmenment is Text-Rich’ over scenes in New York City.

Every Environment is Text Rich #2 from Brooke A. Knight on Vimeo.

Every Environment is Text-Rich #1 (1999) represents an early investigation into the relationship between landscape and text. Using the then-new technology of Apple’s qtrv photo stitcher with a specialized tripod head, I attempted to play with how we ‘read’ our environment. Shortly after the fall of the World Trade Center towers, I travelled to New York, and was overwhelmed by the number of American flags I saw – they were everywhere. Whenever I tried to get work done (invariably on a computer), it was difficult for me to move beyond the tragedy of that day. One Day in New York, Shortly After the Attacks (2001) forces the viewer to close the multitude of windows to get back to work.

Click here to go to the original site (opens in lots of new windows, turn off your pop-up blocker)